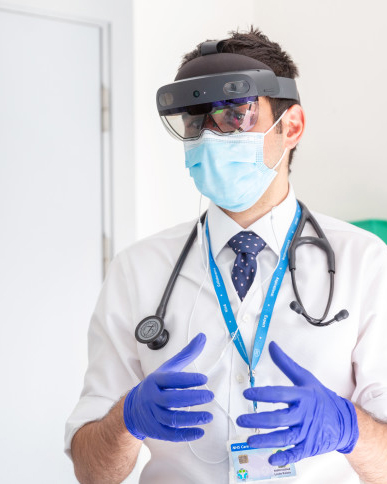 Source: News article from the Guardian, written by James Tapper, 2020 Photography: Thomas Angus, Imperial College London Imperial College doctors with AR glasses examine patients as trainees watch remotely. A flock of students stumbling after a consultant on a ward round has long been a familiar sight in hospitals. Perhaps not for much longer though – a university has pioneered the use of augmented reality to allow students to take part from home. Imperial College has conducted what it said is the world’s first virtual ward round for medical students, which means an entire class of 350 students can watch a consultant examining patients rather than the three or four who have been able to accompany them in person. The virtual ward round involves the physician wearing Microsoft’s HoloLens glasses, which stream video to the students’ computers. While the doctor talks to the patient, students can hear both of them through the use of two microphones. Teachers are able to pin virtual pictures to the display, such as X-rays, drug charts or radiographs, or draw lines to highlight something they want to emphasize. The first virtual teaching round was delivered at St Mary’s hospital in London last week with just under a dozen students. Dr. Amir Sam, head of the school of medicine at Imperial, said the innovation was sparked by the Covid-19 pandemic. Hospitals have tried to minimize the risk of infection by preventing anyone from entering who does not need to be there, including students. “The pandemic resulted in the first time in living memory that medical education has been truly limited by having no access at all to patients,” Sam said. The virtual ward rounds can be recorded, allowing universities to create a library of cases. That means more students will get to see patients with rare conditions and have a better understanding of the symptoms and how the patient acts. Sam said: “Ensuring every student is rotated through a similar experience of clinical placements in their time at medical school – to ensure each of them has seen a comparable case mix – is challenging. Teaching with the HoloLens allows us to guarantee a level of exposure for our students to a far greater range of patients and conditions than ever before.” Sam acted as a guinea pig patient to test the technology before the first class took place, and said he felt some patients may prefer the experience to be confronted by a large group of students. Oliver Salazar, a fifth-year medical student who was on the inaugural round, said it was “an invaluable clinical experience”. “Despite the ward round being virtual, it felt far from it – we were expected to ask questions and think about clinical problems in real-time,” he said. “It was really helpful to be able to access investigations like X-rays and blood tests in an instant, and the way the information was projected felt natural.” Imperial College first started using the technology, which was introduced by Dr. James Kinross, a consultant surgeon, in May to allow clinical staff to conduct ward rounds more safely during the pandemic. Medical students were originally taught how to conduct examinations in grand rounds, where a patient would be wheeled in to be prodded and examined in front of a hall of students. The ward round became popularised in the British public’s imagination in the Doctor in the House comedies starring James Robertson Justice as Sir Lancelot Spratt, an imperious surgeon exasperated by the antics of his student, played by Dirk Bogarde. Sam said he hoped that the virtual ward rounds will allow students to take part, even if they are studying at other universities around the world. “We’ll be able to offer education for a broader community,” he said. “Medical educators and doctors globally can benefit.” https://www.theguardian.com/society/2020/jul/04/london-hospital-starts-virtual-ward-rounds-for-medical-students &nbsp; 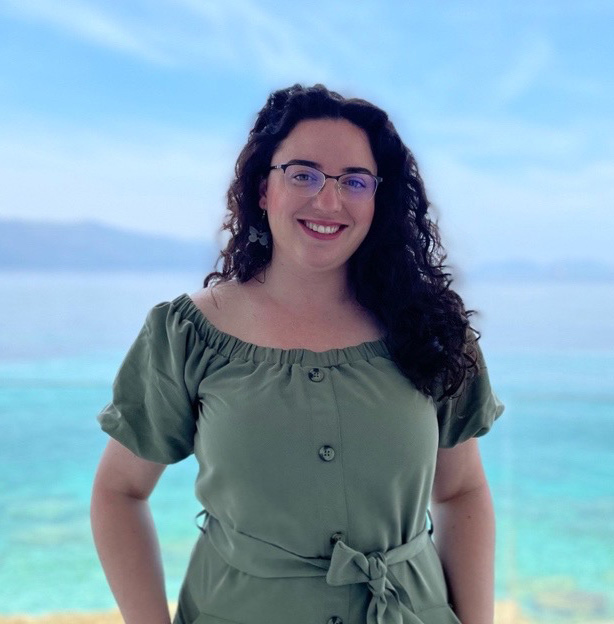 Drianë Krasniqi (27) is based in Kosovo and is a Medical Doctor aspiring to be a neurologist. One of her personal dreams is to develop affordable technology solutions that are easy to use for people at home or in a medical environment. To make her dream come true, she joined forces with SPRIGS as a medical advisor, making medical terminology more understandable to designers, inventors, and engineers. Besides her passion for medical technology, she enjoys working with patients at the hospital, where she acts as a General Practitioner. Medical Advisor responsibilities: A crucial role within the biotech and medical device company; A significant contribution towards the evaluation, critiquing, and communication of important medical/scientific information related to a company's products; Assisting in clinical research teams and often help training and supporting; Work closely with regulatory affairs, clinical operations, medical writing, and other departments in the company; Drianë also works closely with the medical information teams to ensure that information about all the company's products is available and current and participates in local and international meetings to share expertise and represent SPRIGS. 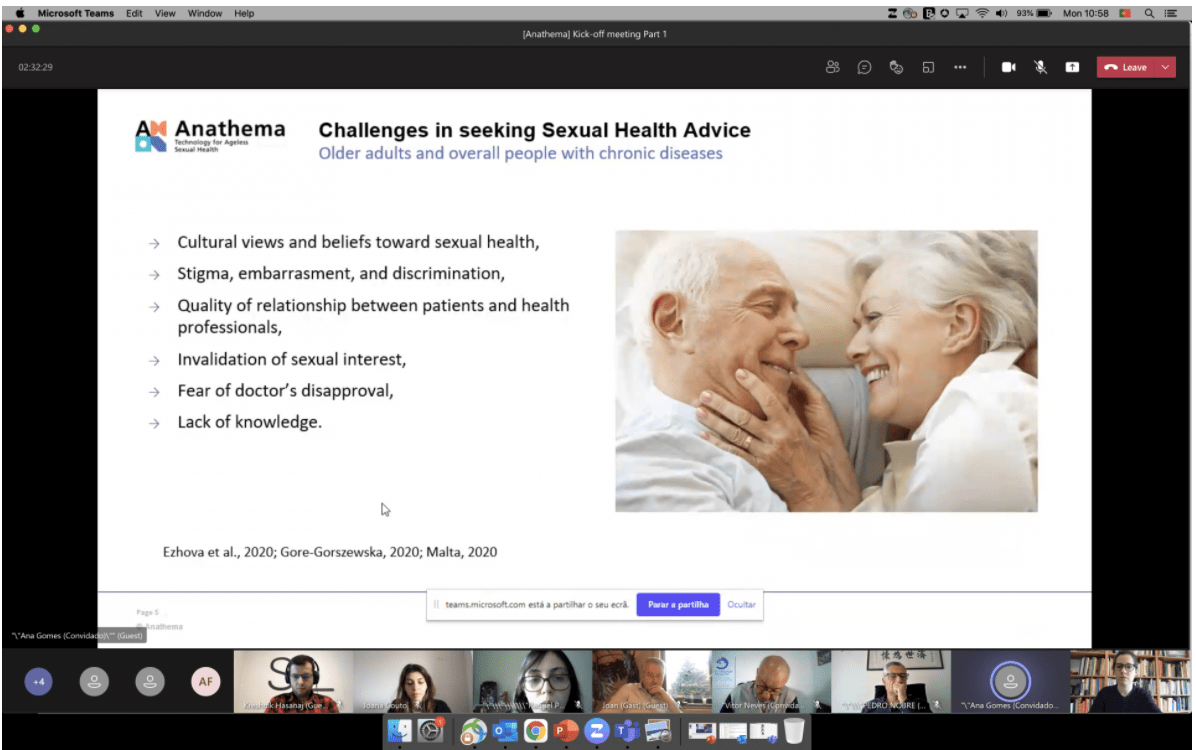 Sexual health is a fundamental aspect of well-being and quality of life, both at individual and relational levels. However, there are several factors that can be obstacles and affect this fullness. Age and some chronic diseases, such as cardiovascular episodes or cancer, can often affect people’s intimate and sexual lives. Among other advantages, sexual health support programmes delivered through digital technology open up the possibility for people to receive support remotely. This was the theme that served as a motto for the webinar that took place on Monday, April 19, and which brought together international experts.  The program included the Fraunhofer Portugal AICOS (FTP-AICOS) researcher, Ana Correia de Barros, the psychologist Gerhard Andersson, the researcher and designer Britta F. Schulte, the specialist in intimacy and sexuality in nursing homes, Noëlle Sant and the psychologist and sexologist at the Borobil Sexological Center, Estela Buendía. Anathema’s goal is to adapt traditional face-to-face sexual health promotion interventions, turning to digital technologies, including mobile devices, making them inclusive and engaging for older adults and their partners. The project started in April 2021 and will last for 24 months. During this period, pilot studies are planned – to be developed in Portugal, Austria and the Netherlands – that will allow to evaluate and measure the usability and acceptance of the technology, the effectiveness of the program in promoting positive sexual health, as well as test business models and analyse the feasibility of transferring this solution to the market. The project will be developed by FTP-AICOS in partnership with other national and international institutions, namely SexLab, Instahelp, SPRIGS, UnieKBO, as well as with the support of Europacolon and IPO-Porto.